Bullish RE Investors Believe London Will Dominate European Markets Until 2020

The UK real estate industry remains bullish about the London property market, believing it will dominate European markets for the next five years, according to new research by KPMG.

A survey of 70 real estate experts by the firm found that 89% thought London would retain its dominance of the European markets until 2020.*

“The stuttering recovery in other markets is funnelling capital into London at the moment, which is driving this bullish sentiment,” said Richard White, UK head of real estate at KPMG. “However, while the market is undoubtedly soaring, we will need to increasingly compete for this investment as economies in Europe strengthen.”

The research also revealed that the real estate industry is split over the impact Capital Gains Tax (CGT) changes might have on the market, with 40% believing the introduction of CGT for foreign investors would impact pricing in the UK’s prime housing market, while 47% argued that it would not affect prices.

“Global factors such as the performance of the rouble are dictating investment flows and these are having a greater influence on the market than our own domestic CGT changes,” said White. “In these conditions it is therefore hard to call what the long term impact will be, while these wider economic forces continue to push capital into London.”

Those surveyed said the European referendum was of greater concern to investors than UK politics. 66% said that Britain leaving the EU would have a negative impact on inbound cross-border investment, but only 31% thought that political uncertainty in the run up to the general election would dampen investment.

“The spill over effect of the UK leaving the EU is unlikely to be limited to London and the UK’s real estate markets, but regardless of the long term impact there is likely to be a pause in deal activity as investors survey the new landscape,” said Richard White. “This is an understandable worry and as such currently outranks the general election on investors’ lists of concerns.”

While demand is expected to remain high, 60% noted concern about the availability of stock during 2015. Indeed this was seen as a greater barrier to UK investment than either available returns or political uncertainty.

Offices remained the most sort after asset: 54% of those surveyed said they thought investors in the UK would mainly invest in this asset class over the next 12 months. Student accommodation and the private rented sector also remained popular, with 17% identifying the category as a potential investment in the UK in 2015.

“The UK prime market still struggles from a mismatch of demand versus supply,” said White. “Competition for assets remains fierce and we are seeing an increase in investors buying for the long term, which is likely to have a dampening effect on supply. There is no immediate solution on the horizon, because there is little development in the pipeline. This is pushing investors up the risk curve to access the opportunities that offer the returns they need.” 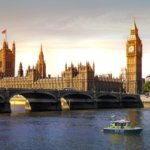