“First and foremost what we need is a responsible budget – let’s make sure we don’t put politics ahead of economic growth and investment.

“So let’s look to build on our hard-earned sound economic footing by creating a stable investment environment for ambitious firms looking to expand.

“And if lower inflation allows the Chancellor some room to manoeuvre, extending free childcare can lend a helping hand to families whilst supporting employment and growth in the long-term.

“Our economy is in good shape, but there’s still no room for complacency, so spending wisely on measures that will help to keep growth heading in the right direction while staying the course on deficit reduction has got to be the priority.”

The CBI’s Budget Submission proposals include:

* Making the Annual Investment Allowance permanent from 2016 at £250,000 – to provide stability that will in turn promote investment.

* Boosting the availability of long-term growth capital, by promoting a market for privately placed debt, which could unlock up to £15 billion.

* Encourage the full spectrum of Research and Development (R&D) activity to take place in the UK, by supercharging the R&D tax credit to incentivise the domestic development, commercialisation and manufacture of our ideas here in the UK.

* Fully committing to reduce the Supplementary Charge on North Sea oil producers back to 20% – to boost investment plans and create jobs.

* If funds are available free childcare (currently 15 hours) should be extended to 1 and 2 year-olds, with the longer-term aim of increasing the number of hours provided.

* A rise in the threshold for firms paying Quarterly Instalment Payments of Corporation Tax from £1.5 million to £5 million.

* A reduction in the number of companies caught within transfer pricing rules by increasing the threshold from 250 employees to 500.

* At a minimum, the Government should freeze Band B Air Passenger Duty (the remaining long-haul band).

* The Government must address skills shortages in the economy by developing partnership funding models for business-relevant degrees. It should also press ahead with plans to reform apprentice training funding to put businesses more in control.

* The Government review on the Business Rates tax system must be ambitious and far-reaching – the CBI wants the smallest firms removed from paying rates, changing the indexation of rates from RPI to CPI and introducing more frequent valuations. 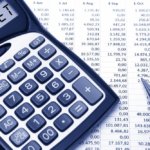