The investment organisation has announced that the newly announced budget will make life difficult for customers and businesses alike and its success depends heavily on whether businesses will be able to rise to the challenge, according to their summer forecast.

Against a background of tax rises and a sharp squeeze on welfare spending, reconciling the Chancellor’s fiscal goals with maintaining healthy growth in the economy will require businesses to step up their investment and export plans, according to the firm. They also suggested that if this did not occur then the adjustment will have to come through slower growth and imports.

The club’s forecast predicts that companies will respond positively to the Chancellor’s challenge. Business investment is
expected to accelerate to 7.4% in 2016, from 5.1% this year, and 7.1% in 2017. An improvement in the UK’s overseas investment income and exports of services will also provide some of the room needed for the Chancellor’s budget surplus and help to rebalance the economy away from the consumer spending-led growth prevalent this year. However, investment and exports are unlikely to extend far enough to prevent growth slowing over the next few years. As a result the EY ITEM Club expects GDP growth to reach 2.7% for 2015 and 2016 before it slows to 2.4% in 2017 and 2018.

The Chancellor’s plans for the UK economy are serious gamble which could go either way, according to Peter Spencer, Chief Economic Advisor to the EY ITEM Club.

‘The Chancellor has thrown down the gauntlet to businesses in a risky strategy that will require them to rise to the challenge and respond positively to his Budget announcements. Companies will have to invest in plant and skills to boost productivity and allow them to pay higher wages. However, we expect this strategy to be only partially successful and we are likely to see growth and imports slow down as well.’

Mark Gregory, EY’s Chief Economist, added in his comments that the living wage could potentially cause major problems for businesses.

‘Businesses will have to dust down their export and investment plans and increase spending and borrowing levels. As labour is becoming more expensive, following the Chancellor’s announcement for the introduction of a living wage, investment levels should increase. This could be the time for businesses to consider investing in technology as a way to reduce labour costs.’ 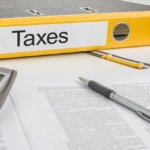