• Acquisition of Jersey based DPZ for an initial consideration of £5.7m, made up of £3m in cash and the issue of New Ordinary Shares in the Group at a value of £2.7m. The total consideration payable by the Group will not exceed £13m, which includes c.£1m of net current assets.

• Significant expansion of, and enhancement of the skills and offering of, the Group’s international and offshore division.

• Expected to be earnings enhancing in the full year to June 2015.

DPZ is a well-established wealth management business based in Jersey which was founded in 2007. It manages a range of distinct investment strategies founded on its core competencies: asset allocation, manager selection, fixed interest and credit investing, and equity selection. Funds under management since DPZ’s inception have grown rapidly and, as at 31 March 2014, DPZ had c.£430m of funds, c.£360m of which is managed on a discretionary basis, c.£60m of which is managed on an advisory basis and c.£10m is managed on an execution only basis

Should the full value of DPZ funds under management transfer to BMI, based on their value as at 31 March 2014, the consideration would be, in total, £10.8m (excluding net current assets).

The consideration will be satisfied by an immediate cash payment of £3m together with a payment of New Ordinary Shares in the Group to the value of £2.7m. The number of shares issued will be based on an agreed price of 1706.4 pence per New Ordinary Share. A further payment in cash of £2.4m will be paid in October 2014. These three elements together, totalling £8.1m, represent 75% of the total consideration.

Based on the value of DPZ’s funds under management at 31 March 2016, a cash payment will be made comprising the total consideration due at that date less the upfront consideration already paid.

All of the cash payments will be financed from the Group’s internal resources and the exact number of shares issued by the Group as part of the upfront consideration will be separately announced.

Reasons for and benefits of the acquisition:

The Group’s stated strategy has been to build on the successful integration and growth of its international division, BMI, which was acquired in 2012, with further expansion of the international team and its capabilities, thereby strengthening its offering and accelerating its growth rate. Since acquisition, BMI has grown its funds under management and has increased the size of its team by 15 staff. The acquisition of DPZ is consistent with furthering this growth strategy.

The acquisition will increase the Group’s international presence significantly, with an increase in discretionary funds under management managed out of the Channel Islands of over 50%. In addition, DPZ brings additional skills to the business, which are expected to prove valuable routes to growth. First, the Group intends creating a new Fixed Income offering based on the existing DPZ team who have been very successful in the asset class. Secondly, the Group will create a new Platform Team reflecting the success of DPZ’s International MPS solution enabling this offering to be expanded further. 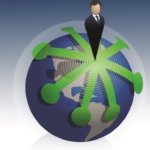