Two Tales Brewing, a family-owned brewing company from the Czech Republic that exports beer novelties around the globe, is planning to boost the global economy through a unique charitable marketing campaign.

Targeting the United States—which the company has determined to be the home base of the financial crisis—Two Tales searched for the root of the problem, exploring college dropouts, criminal activity and drug use. Exhaustive research brought the company to the unequivocal conclusion that the common denominator amongst all issues considered is none other than sagging trousers.

Two Tales has therefore pledged that for every six pack sold during the campaign they will donate a belt to an American citizen in need.

“It’s not only a matter of taste, like with our beers,” said Se Padilla, one of Two Tales Brewing’s founders. “This project is of pivotal importance to us. We have the chance to stand up for our beliefs as a company, but we also have the power to work towards the greater good: reviving the global economy.”

The company’s owners are convinced that with Americans’ hands freed from holding up their trousers, they will be free to carry the burden of the economy.

“It’s time for small countries to make history,” explained Jan Martasek, co-founder of Two Tales Brewing. “For the first time ever, a country known for its ice hockey players is now coming to the aid of a nation thirty times its size, with the help of craft beer,” Martasek concludes.

Two Tales Brewing was founded in 2007 by US citizen Se Padilla, professional musician, operator of diverse bars and restaurants and owner of the Prague Beer Museum, and Czech Canadian Jan Martasek, a financial investments manager.

The current Two Tales Brewing product spectrum consists of six different types of craft beers, from lager, ales and flavoured to non-alcoholic, all brewed in Bohemia under the Two Tales brand. The beer specials are available in 0.33 l bottles and kegs. Most exports land in the Nordic countries and in South-east Asia. 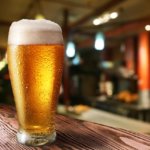