Bracing for the Possibility of Another Recession

Economists around the world are raising the alarm over the possibility of a pending recession. The reasons are simple: soaring inflation and a resulting rise in interest rates will force many companies to downsize or dismantle, increasing unemployment while cost-of-living continues to soar.

Many of the world’s top CEOs agree: a recession is on the way. While other business executives appear more skeptical and less pessimistic, pointing to the pandemic as the primary culprit for all this economic turmoil, the majority of CEOs seem convinced of an upcoming, standalone dip in the global economy.

Let’s take a look at what some of these CEOs are saying:

Wells Fargo CEO Charles Scharf: “You’ve got the Fed saying the economy is running too hot, that we need to slow economic growth. Rates are going to rise, and it’s going to change the dynamic of the health of the consumer and business over a period of time.”

Goldman Sachs CEO David Solomon: “There’s a reasonable chance at some point that we have a recession or we have very, very slow, sluggish growth. That doesn’t mean that that’s definitely going to happen, but certainly, I think that if you’re running a significant enterprise, you have to be looking through a lens with a little bit more caution right now than you might have been when we were sitting here a year ago.”

Marriott CEO Anthony Capuano: “The chorus of voices saying we’re careening towards a recession are getting louder by the minute. Time will tell, but it certainly seems we’re headed in that direction.”

The good news is nobody seems worried about a long-term recession. Most economists and top business leaders predict a quarter or two of downturn, but not much more.

Given the drawn-out agony of the Great Recession and the economic calamity caused by the pandemic, the idea that an upcoming recession will be relatively minor sounds like good news. However, most executives reading this know it only takes one or two bad quarters to watch your business fall to pieces.

With this in mind, let’s turn the topic toward what business leaders must do to brace their companies for the possibility of recession:

The last thing your business needs in a recession is to be slapped with fines and penalties. Now’s the time to do a company-wide check to ensure every division is operating within the confines of regulatory compliance. From RoPAs and GDPR to HIPAA and CPRA, there are numerous privacy concerns that spell financial disaster for any company failing to be compliant. Rather than risk having any violations come to light in the middle of an economic downturn, CEOs are encouraged to authorize an internal audit now in order to patch any holes or correct any mistakes.

Technology is the gateway to efficient and cost-effective business operations. With this in mind, consider opting for tech upgrades as a form of recession preparation. Given the benefits of better technology in any economic climate, doing so is a win-win for businesses worried about weathering the storm.

Generally speaking, the less debt a company holds in a recession, the better its chances of minimizing the financial damage. Paying off as much business debt as possible will put your company in a better position to take on more short-term stress. With this in mind, consider formulating an aggressive debt repayment plan in the coming weeks and months.

Tech upgrades and debt repayment should stop short of exhausting your cash reserves. If forced to choose, it’s always better to enter a recession with plenty of cash available.

As always, lowering business expenses should be the number one objective for any company bracing for a recession. It’s easier said than done, but any little bit helps. CEOs are encouraged to spend several days poring over expense reports and budgets to find any way they can to cut costs going forward.

Is the world headed towards another recession? Most top CEOs seem convinced. Whether it plays out the way they predict remains to be seen. But one thing is for certain: it pays to prepare.

Julie Steinbeck is a freelance writer from Florida. She enjoys covering topics related to business, finance, and travel. 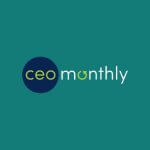