Rich People Borrow Money, Too Probably even more than low-income earners do. But wealthy people use debt differently. It is never the kind that weighs down their finances. Instead, it boosts theirs, making them even richer than before.

When debt is stereotyped as bad and done only by people living beyond their means and spending more than they earn, how could debt be a good thing or work to create favourable results? One of the secrets of the rich is that they are constantly in touch with financial experts who provide knowledge on money movements to benefit them.

Perennial Wealth in Bristol is one of the frontrunners in this industry, with a gold standard in various financial services. They have the highest qualification and experience to guide people in managing their wealth and debt.

Here is an overview of how it is done – how the rich borrow more money but never get crushed.

They use credit strategically

Rich people do not take out debts on a whim. Instead, they choose debts that will generate income or a higher return in the long run. For example, they can take out a mortgage for a minimum down payment, earning them a property whose value could increase significantly in the future. Others also take out a mortgage to build an apartment complex that will give them an additional income source. Furthermore, the rich often use bank loans not to buy luxuries but to expand their business, delivering a higher revenue that could help them pay off their debt and earn some more.

They borrow to invest

Rich people do not borrow money to have enough funds and buy the stuff they like but cannot afford. They only borrow money as a calculated risk in the hopes that it will help them build wealth over time. If they do not invest in a business expansion, they put it in stocks and other investments that appreciate value, like arts, properties, gears, and cars. If they won’t generate income for the assets they would acquire through borrowed money, you could swear they will not do it altogether.

Wealthy people are so good at manoeuvring through their debt cycle that it gives them more than the borrowed amount, including any interest incurred. How is that? They erase all the inefficient debts or borrowed money that do not generate income and increase their efficient debts or those that are tax-deductible and could have promising capital growth. Debt recycling may come with some risks, so every move they make is closely monitored for its pros and cons before they go full blast. Many who got rich are certified risk takers with more wins than losses, not just because of luck but because they calculate their every move.

Money can be gone in a blink of an eye, so whenever it is involved, remember how any rash decisions could result in a crash. Always move forward with a potent financial plan if your ultimate goal is to build a fortune. 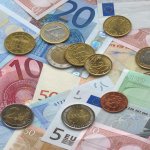