Over the past week, yields on 10-year US Treasuries reached their lowest level for a year, while the S&P 500 reached a new all-time high. A similar trend is seen across the global developed markets, but it begs the question whether equity investors are too sanguine or bond investors too pessimistic, says Alan Higgins, Chief Investment Officer, UK at private bank Coutts.

“Neither bond nor equity markets, in general, are cheap,” says Higgins. “But we believe bonds are clearly the more expensive asset class and the most susceptible to a correction of their gravity-defying trend. Our view that a gradual improvement in the global economic outlook will continue suggests little upside for low-yielding government bonds, with risks skewed toward a rise in yields by year-end.

“To be sure, there are more negative than positive risks around the continued gradual improvement in growth that we think is the most likely outcome for the global economy and markets this year. On the negative side, you have the Ukraine crisis, concerns about China’s banking system and slowing growth, the possibility that interest rates might be increased prematurely in the US or that expected easing may not materialise in the eurozone. Potential positive surprises are limited by comparison – more aggressive easing than expected in the eurozone and/or stronger growth and earnings than expected in the major economies.

“Still, bond yields are so low (prices high) that it would take a fairly dramatic deterioration in the global economic outlook to push them substantially lower. For bondholders, yields are also near or below inflation, providing little ‘real’ (inflation-adjusted) income.

“Equities on the other hand are generally around what we would consider to be fair value on a longer-term basis. Not cheap but not expensive either, and attractively valued relative to bonds. Yields on 10-year Treasuries have dipped below 2.5% for the first time in a year, but we see them rising to around 3% (prices falling) by year-end amid a continued economic recovery.” 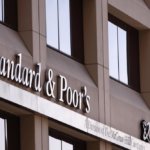