The first time the BoJ has taken such action, it demonstrates the conviction of the bank to hit its 2% inflation target by expanding the country’s monetary base.

The action follows a further first-time move by the bank last week, where it bought three- and six-month bills at a negative yield – ensuring that when redeemed the bills will make a loss.

Friday’s purchase however, which has not been confirmed by Japan’s central bank but said to be ‘highly likely’ by traders in the country, is the first time it has ventured into one-year bills.

It further underpins the bank’s decision to stalk a doubling of its base money to Y270tn ($2.5tn) by the end of this year.

The Introduction of QQE

There are fears that buying the bills at a negative yield will increase concerns that the BoJ is simply propping up a wasteful government. This financial year, Japan’s government is set to spend around two times the value that it will take in tax receipts. 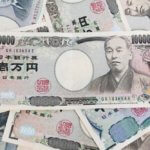