“The Chancellor really is a ‘Hat Trick Hero’. His third, successive beer tax cut shows he has listened to consumers, publicans and brewers.

“Beer tax is now ten pence lower than it would have been under the beer duty escalator, which he abolished.

“It will boost employment by 3,800 this year alone and attract new capital investment. It will put 180 million pounds in the pockets of beer drinkers and pubgoers. That is a huge difference.

“Cutting beer duty supports a great British Industry which contributes £22 billion to GDP and supports almost 900,000 jobs. It’s also a boost for pubs, as beer accounts for seven out every ten alcohol drinks sold in our pubs.

“The renewed confidence in our sector is reflected in rising beer sales in 2014, for the first time in a decade.

“There is of course more work to de done, and we look forward to persuading MPs in the next Parliament that further action is needed to encourage consumers towards our lower-strength, British-made national drink.” 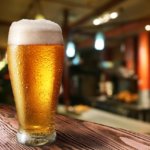