The £38m fine issued by the Financial Conduct Authority (FCA) comes after it said the bank had risked around £16.5b worth of client assets. Issuing the fine for the practice which happened between November 2007 and January 2012, the FCA said:

Barclays responded by saying that it accepted the ruling but made no profit from the practice nor did any clients lose out. A statement issued by the firm said:

“Barclays has subsequently enhanced its systems to resolve these issues and to ensure we have the requisite processes in place. No client has suffered any loss as a consequence of this weakness in our processes which existed prior to January 2012,”

However, the director of the authority, David Lawton, said that ensuring client assets were safeguarded was essential for confidence in the financial services market, adding:

“Barclays lack of focus on the rules was unacceptable,”

The fine is the biggest ever handed down by the FCA for such an offence, despite the bank alerting the regulator to the issue itself and a 30% discount applied for early settlement. 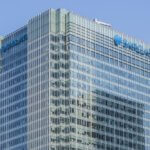