The commitment from the UK’s biggest high street banks will benefit almost 265,000 people in the UK and abroad, including Forces families. The move comes ahead of an Armed Forces Covenant roundtable meeting of banking chiefs and Ministers at No.10 Downing Street yesterday (Thursday 14 January) where a range of further measures to help service personnel and their families will be discussed.

Currently, members of Armed Forces who rent out their homes during deployment have to change their residential mortgage to a buy-to-let mortgage, often incurring new product charges and an increased rate of interest. Under the new agreement they will no longer have to change their mortgage product, saving them time and money.

“Looking after your home and your money can be more of a challenge when deployed on operations or serving abroad. This is a welcome first step from the major banks and financial institutions to help our servicemen and women get a better mortgage deal.

“I look forward to further pledges from across the financial services sector to support the Armed Forces Covenant after today’s roundtable.

“Members of our Armed Forces work all over the world to look after us, so it’s only right that we look after them. The extra support proposed by the banks and the Ministry of Defence will make sure service personnel and their families are not disadvantaged for working aboard and make their mortgages and credit history fairer.”

Of the nearly 800 business signatories of the Armed Forces Covenant, 29 are from the financial services sector.
Other measures being discussed at the roundtable are aimed at meeting the unique pressures of service personnel and their families, whose jobs require them to relocate and move more often than in civilian life Problems can arise because the financial services sector has difficulty recognising the postcodes of UK military bases abroad – the British Forces Postal Order index provided for free by the Royal Mail – as UK addresses. Time spent serving their country from UK military bases abroad can affect the Forces community’s credit history, and cause difficulties when applying for products that civilians take for granted, for example mortgages and bank accounts. The Forces can also lose out on benefits and cost savings, like no claims bonuses and discounts, which is being discussed with the insurance industry.

“What this recognises is that military families often have limited choice in where they are sent to live. They go overseas because the country needs them to. It will mean a lot to those that have bought their own homes to know that the challenges of service life are beginning to be understood by our banks.

“This is an issue Army Families Federation has campaigned on and we look forward to informing future financial measures that will counter the very real disadvantage families experience as a result of their service.” 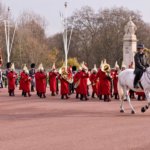