Banks are to pay £3.6bn for Forex Rigging

Four banks – JPMorgan, Barclays, Citigroup and RBS – have agreed to plead guilty to US criminal charges.

Barclays was fined the most, $2.4bn, as it did not join other banks in November to settle investigations by UK, US and Swiss regulators.

Phil Beckett, partner at Proven Legal Technologies – the corporate forensic investigation and e-disclosure experts, comments on the latest news that five banks are to pay a total of £3.6bn worth of fines for forex rigging.

“Until now, audits of company data have primarily been used posthumously as way of finding out “what went wrong”. However, prevention is always better than cure, and the financial services sector needs to get much better at using technology to spot problems before they occur if we are to avoid future crises – and penalties – such as these.” 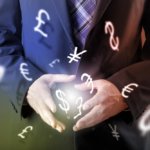