The two year project will see Balfour Beatty delivering 324 new apartments across three separate towers, which will be thirteen, ten and eight storeys in height respectively. The project will also involve the creation of commercial space, a gym and concierge, and underground car parking for 358 cars.

Balfour Beatty will continue construction on a building previously begun by another developer, strengthening the existing basement and helping to reduce delivery time and costs by using pre-cast wall panels.

Balfour Beatty will recruit apprentices to the project and utilise its established links with Liverpool John Moores University to provide opportunities for students.

Jon Adams, Balfour Beatty Managing Director for Northern Major Projects, said: “Balfour Beatty has extensive experience in delivering high-end residential schemes and of working in Liverpool, where we have recently delivered the Liverpool One and Aloft Hotel developments.

“We have a fifteen year relationship with Neptune Investments and we look forward to working with them to deliver this exciting new £32m development in the heart of the Liverpool docklands.” 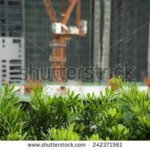