Charity Finance Group, the Institute of Fundraising and the National Council for Voluntary Organisations (NCVO), have released a new survey to find out how the Gift Aid Small Donations Scheme is working.

Following recent figures released from HMRC which show £7million had been claimed in the first year of the Gift Aid Small Donations Scheme, this new survey aims to find out the experience amongst the voluntary sector on how the scheme is working. Estimates from government forecasted the Gift Aid Small Donations Scheme could bring in around £50 million a year for charities.

Anna Bloch, Senior Policy and Public Affairs Officer at Charity Finance Group said: “As early indications show that the government’s Gift Aid Small Donations scheme has fallen well below the intended target, we want to understand why this is happening. A number of reasons could be responsible such as a lack of clarity around the eligibility criteria or an overly burdensome claiming process. This research will allow us to have an informed conversation with government about how to improve the scheme, so that the sector can make full use of the value of this scheme. It is crucial that government engages with the sector on this issue to ensure the effective use of charitable funds.”

Daniel Fluskey, Head of Policy and Research at Institute of Fundraising said: “We want to see the Gift Aid Small Donations Scheme be as successful as possible, contributing extra resource to thousands of charities’ income. With only £7million claimed so far, we think this is the right time to explore whether the scheme is operating as well as it can and for organisations to tell us their experience of the scheme. We want to know whether the scheme is easy to use for those charities who have made a claim and find out the reasons why others have not yet done so. We hope that this survey provides us with some useful knowledge that enables us and government to best ensure the scheme is a success.” 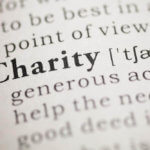