Arbitrator of the Month

One of the key components to arbitration in corporate cases is understanding the facts of business life. This is emphasised by famous English maritime arbitrator, Cedric Barclay, who used to say: “To be a really good maritime arbitrator, one must have gone through a £3mn loss in a shipping downturn, withstood the loss, and made £5mn in the following upturn.” It was a caricature, and if the test were to be applied not many of the international arbitrators most busy today would remain in business. But, as with all caricatures, it contained a core of truth: breadth of actual business experience is paramount to understanding the facts of a case.

Allow me to recount a memory which I believe proves that having business experience by proxy only may not be enough.

It was the case of a joint venture for a large industrial project which had turned sour. My co-arbitrators and I were interrogating the claimant’s main witness, a flamboyant, tycoon-type executive. At issue was whether the defendant, one of the venture partners, had discharged its obligation to sell the output. One of my co-arbitrators, a reputable professor who was also senior partner of his law firm and sitting on boards of various companies, was insisting in his questions that the defendant had actually performed sales, the adequacy of the sales prices being for him a totally different issue. Looking at him in disbelief, the witness bent over and simply said: “Mr. Arbitrator, any fool can sell a dollar for ninety-nine cents.”

Experiences such as this have shaped my careers as an arbitrator. I am also fortunate to have had direct business experience with two major multinational corporations, Nestlé of Switzerland and Cargill of the United States. These experiences have enabled me to become an efficient arbitrator, and I draw on my vast experience in every case I undertake.

Monitoring the integrity of the arbitral process is another a key factor in arbitration, which can involve protecting witnesses.

An example of this can be found in an arbitral tribunal I chaired last year in Paris which included two Middle Eastern firms and one German company. A Middle East witness was called by the German defendant, and although he had arrived in Paris for the hearing, refused to appear as he had received death threats for him and his family back home should he testify, delivered to his hotel in Paris.

As soon as we were informed of this, we took a proactive approach to protecting the witness and ensuring the continuity of the trial. We immediately asked the parties to confirm in writing that they had no part in this, which they did. We
advised the arbitral institution, but they had no clues. Calling the police was obviously not an option, as the witness had immediately left Paris and flown back home. The only weapon we had was drawing adverse inference from these
events and we used it. The integrity of the arbitral process was endangered there, and it was our duty to protect it, which I feel we achieved. 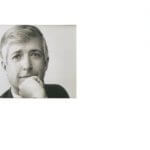