Apple Buys Beats: What Does it Mean?

Apple, the company that transformed digital music into a worldwide phenomenon, confirmed on 29 May that it was buying Beats Electronics for US$3bn. This is a move that will help Apple reinforce its position in the new world of streaming music and stay ahead of the personal accessories explosion.

The global consumer electronics (CE) market has been moving skywards since the recession of 2009, but with growth confined to mobile devices and the emerging markets. Many CE brands are struggling as more competitors enter from China and new brands compete in high growth niches like wireless audio.

Since 2009, total CE sales have risen at 9% CAGR, reaching US$676bn worldwide in 2013. However, the European market has slumped from 26% of global CE consumption in 2009 to just 21% in 2013. Meanwhile, emerging markets have grown to account for an estimated 50% of worldwide CE market value in 2013, China’s domestic market alone accounting for around 15%.

Audio has been relatively buoyant, spurred by the boom in mobile music and streaming services, which have driven demand for accessories like wireless speakers and headphones. Sonos, which has pioneered wireless music systems, doubled sales to US$535mn in 2013. Beats Electronics, launched just five years ago, has become the market leader in high end headphones and enjoyed estimated sales of over US$1.5bn in 2013. Pure, which drove DAB hardware in the UK, is now pushing into networked audio players.

Ironically, Apple, which started the MP3 revolution, has seen iPod sales decline sharply as smartphones have taken on the role of music player with many consumers.

From a music streaming angle, consumer spend on global music subscription services such as Spotify and Deezer was estimated to be just under US$2bn in 2013.

In Sweden, music streaming accounted for around 70% of total market spend in 2013, up from around 20% in 2010.
Many consumers are moving away from ownership towards an access model, for both music and video. Total “pay per download,” for example track and album downloads from services such as iTunes, declined in the USA last year, significantly down in Sweden and stabilising in the UK. Some consumers are changing their behaviour and this is impacting ownership, although most music buyers are still in the transition somewhere between buying CDs, buying digital tracks and albums – with the final step paying for a streaming subscription service such as Spotify.

Paid-for streaming subscriptions are increasingly driven by in-home wireless audio products, such as wireless speakers (e.g. Sonos) and integrated Hi-Fi with airplay, Bluetooth and the like.

Global shipments of wireless home audio products grew by over 100% in 2013 to reach 27 million units. Futuresource’s latest Living With Digital consumer research indicates that owners of such devices are 2.5 times more likely to pay for a digital music subscription compared to the overall population. 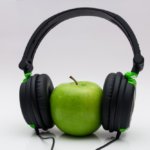