A survey by American Express, investigating business behaviour amongst UK mid-sized companies during the UK’s pre-election period, has revealed that while they are firmly focused on making strategic investments during 2015, the caution typified by the recession era still prevails, with just one in six of the survey respondents saying they will take a more bullish approach to business risk during 2015. The survey, titled “Election Year: Mid-market Business Barometer”, shows an overall attitude of maintaining the status quo.

Meanwhile the impact of the general election has created a ‘corporate green room’ for many of Britain’s mid-sized companies, perhaps as a reaction to the uncertainty over the electoral outcome amongst leading opinion polls. Almost half of the companies surveyed (45%) reported that they may delay some or all key decisions until after the election. Of the 22% who stated that they could delay all of their key decisions, almost half (46%) will hit pause from 1st March onwards. Almost the same number (44%) plan to restart their decision-making process as soon as the election results are known.

These were among the findings released today in the American Express Barometer, a representative sampling of senior finance executives and decision-makers from UK companies with revenues of between £3 and £300 million.
In 2015, UK companies are firmly focused on applying strategic thinking to their businesses and increasing their knowledge base. When asked about their most important resolution for 2015, strategic thinking topped the list. A quarter of respondents identified their intent to spend more time on strategy, while a further 21% prioritised the need to build up their knowledge base in 2015 by learning more about the regulatory environment, risk, social media and marketing.

Third on the list of 2015 resolutions was spending more time with customers, selected by 13% of respondents as their main priority for 2015. These responses illustrate a broader trend across the survey, with businesses focused on developing strong future pipelines rather than actively pushing for, or investing in, immediate growth.

Indications of how this ‘pipeline’ is being built can be seen in survey respondents’ focus on innovation, manifested in mid-sized businesses concentrating on investments in people and technology. 36% of those surveyed said that investment in technology or innovation was their number one investment priority, while 28% selected increasing headcount.

Talent retention, a key focus area for management in the pre-recession era, has once again returned to the agenda of UK company decision makers. When asked about major business concerns for 2015, over a third of survey respondents said they were most concerned about talent retention – ranking higher than concerns about cash flow (23%) or declining market share (21%). This preoccupation with talent retention recalls pre-2007 business priorities and also suggests that businesses will have to compete far harder to recruit talent in the future.

Elsewhere, businesses seemed confident in their decision to maintain the status quo: when asked whether their attitude towards business risk would become more or less bullish this year, a strong majority (63%) said that their attitude to risk would remain the same, echoing the long term approach to business investment that prevails in 2015. Respondents were similarly sanguine about their ability to balance risk with growth, with 59% of respondents saying that they believed that they had taken the ‘right amount’ of business risk to secure growth.

Brendan Walsh, Executive Vice President, Global Corporate Payments, American Express, said: “The survey shows that UK businesses have now found their post-recession equilibrium. Across the board, companies are concentrating on maintaining their solid business foundation by focusing on longer-term strategic targets and increasing theirknowledge base, to ensure they are ideally placed to compete effectively for sustainable business growth both here and overseas.” 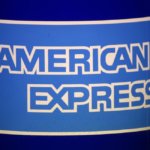