The roll-out of the ASEAN Economic Community (AEC) in 2015 will boost economic activity across the ASEAN region and support already strong growth in markets such as Indonesia, Vietnam and the Philippines. The AEC, whose aims include a single market for trade as well as full integration into the global economy, will form a bloc of 600 million consumers and help the ASEAN region deliver superior risk-adjusted returns for investors compared to other emerging markets, believes Baring Asset Management (“Barings”).

The ASEAN region has recovered sharply from the macro and political turbulence seen in 2013 and widespread structural reforms have heightened the medium term growth outlook. In particular, macro headwinds are past their worst, believes Barings, and corporate earnings are expected to re-accelerate after demonstrating strong resilience. In an indication of this strength, Foreign Direct Investment (FDI) into the ASEAN-5 (Indonesia, Singapore, Thailand, Malaysia and the Philippines) has surpassed FDI into China for the past two years1.

SooHai Lim, Investment Manager of the Baring ASEAN Frontiers Fund, comments: “The ASEAN market’s cyclical recovery from the 2013 and early 2014 volatility has had a tangible impact on investor sentiment across the region, with momentum fully supported by the start of the AEC in 2015. The continued rise of a consumer class is having a very positive influence on economic development and growth: for instance, the percentage of middle class households in Indonesia is forecast to grow from 27% in 2014 to 45% by 20202.”

In terms of sectors, the Barings ASEAN Frontiers Fund is currently overweight Consumer Discretionaries and Financials, reflecting the rise and impact of consumer spending across the region. In terms of markets, the Fund is overweight Vietnam, Indonesia and the Philippines. Barings believes Vietnam will continue to attract FDI due to its attractive demographics and competitive labour force which has helped diversify its export base from being focused on agriculture and textiles five to ten years ago, to now having electronics and communications as one of the country’s biggest export drivers. Samsung’s second plant in Vietnam, for instance, will be its largest globally and account for half its smartphone capacity when ready in 2015.

Indonesia is also a favoured market, particularly in light of the election of Joko Widodo as President in July. A significant increase in government infrastructure spending, forecast to rise from 1.6% of GDP in 2014 to 3.7% in 20173, will have a positive impact on the country’s economic growth, believes Barings, while the rise of the country’s middle class will also play a central role. Indonesia’s GDP is forecast to increase from 5.8% in 2013 to 6% in 2015, with EPS growth up from 7.5% in 2013 to 13.5% in 20154.

SooHai Lim comments: “One of the main risks to the ASEAN region has been political risk, but this has subsided over the past six months in the two most affected countries, Indonesia and Thailand. We are encouraged by the political developments in Thailand and the stated aims to restore the country to a stable government quickly and efficiently, and have continued to see Thailand as a core constituent in the Baring ASEAN Frontiers Fund. The country not only has a strong relationship with neighbouring Myanmar, which has become a major participant in the ASEAN region, Thailand is also at the centre of the exciting new AEC trade bloc.” 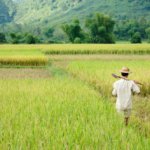