Guggenheim Securities, the investment banking and capital markets division of Guggenheim Partners, has announced the execution of a definitive purchase agreement to acquire the London operations of Lazard Capital Markets (LCM), expanding the firm’s international presence. Consummation of the transaction is subject to approval by the Financial Conduct Authority.

The acquisition, upon approval, would allow Guggenheim to conduct a range of sales and trading operations, with an initial focus on European corporate and sovereign debt and US and foreign equities.

Guggenheim plans to operate the business under the new name of Guggenheim Securities International Ltd.
“We are excited to have the opportunity to extend Guggenheim’s products and services to clients in Europe,” said Alan Schwartz, Executive Chairman of Guggenheim Partners and CEO of Guggenheim Securities. “At a time when many European clients are looking to restructure and find funding in the capital markets, we believe that the client-focus partnership model that has served us so well in building our business in the United States will allow us to extend our growth throughout Europe, and this is an important step toward that.”

As part of the acquisition, Guggenheim is welcoming LCM’s team of 10 professionals, led by Duncan Riefler, who ran the LCM London office. He will report to Ronald Iervolino, Senior Managing Director and Head of Fixed Income, based in New York.

“My colleagues and I are looking forward to joining the Guggenheim team and providing the same world-class client service in Europe that has long been the firm’s hallmark in the rest of the world,” Riefler said.

Before joining LCM, Riefler was a co-founder and partner of Sonas Partners in London, an independent brokerage focused on trading fixed-income securities. Prior to that, he had a 19-year career at Merrill Lynch with a number of roles within fixed income in New York and London. He holds a BA from Denison University. 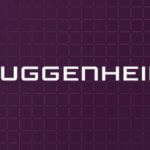