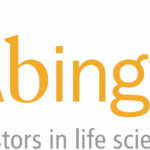 Abingworth, the international investment group dedicated to life sciences and healthcare, has announced the promotions of Ken Haas and Vin Miles to partners. They are both based in the US where they source and manage deals including early-stage and late-stage venture capital, venture growth and public market investments as well as VIPEs (venture investments in public equities).

Haas has spent 25 years in the management of both early-stage and public high technology and biotechnology companies. As part of the Abingworth team, Ken has led several investments including Clovis Oncology, Gynesonics and Intellikine. Before joining Abingworth, he was part of the founding management team at IntelliGenetics, one of the world’s first bioinformatics companies and was CEO of IntelliCorp, a publicly-traded enterprise software company. Haas joined Abingworth in 2004 and is based in the group’s Menlo Park, California office.

Miles has more than 30 years of management experience in the biotech industry. He is currently on the boards of Chiasma, Dicerna, Hydra BioSciences and Magellan Bioscience. Before joining Abingworth in 2007, he was senior vice president, business development, of the Abingworth portfolio company Alnylam Pharmaceuticals. Previously, Miles was at Millennium Pharmaceuticals, where he held VP positions in business development, strategic planning and corporate communications. Miles is based in the group’s Boston, Massachusetts office.

“We are pleased to announce the promotions of Ken and Vin,” said Stephen Bunting, managing partner. “They both have extensive operating experience and have made significant contributions to our portfolio companies from our Menlo Park and Boston offices.” 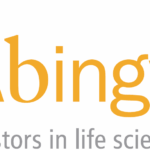