A Matter of Life & Death

A Matter of Life & Death

The Fine Art Society presents the fourth solo exhibition of paintings by acclaimed painter John Byrne. A Matter of Life & Death comprises a group of new paintings shot through with wit, drama and dark humour.

A dedicated and prolific painter as well as renowned playwright, John Byrne draws in all his creative endeavours from his upbringing in Paisley, near Glasgow. A childhood resident of the Ferguslie Park housing scheme, Byrne’s work recalls the danger, trepidation and drama of life in what was purported to be Scotland’s murder capital.The paintings are infused with vivacity and energy; complex narratives play out in alleyways and dark corners; graffiti proliferates and shadows are cast long and spindly, with the streets dramatically lit like stage-sets. The characters are portrayed with sensitivity and intrigue and reveal Byrne’s dedication to theatre and storytelling.

With work that is fearless and challenging, Byrne invites us to become part of the narratives and communities he portrays. His painting style is unique and instantly recognisable, which has helped propel him to international acclaim and popularity. Emily Walsh, Managing Director of The Fine Art Society in Edinburgh commented: “John Byrne is one of the most inventive and contrary artists working in Scotland today. The work is underpinned by technical mastery and the varied subject matter explores John’s imagination from memories to fantasy.”

Byrne resists similarity and repetition. He draws on his subconscious to drive the narratives and connections within and between the paintings. For the first time, in this body of work he takes occasional breaks into still life, and landscapes depict ominous symbolism and the spectre of death and old age. As his subject matter develops, Byrne’s reputation as a serious and fascinating artist continues to grow.

Byrne himself lives a humble life in Edinburgh, producing work from a studio in his home, grounding his work with an honesty and charisma that is equally infectious as it is enchanting.

About John Byrne
John Byrne (b.1940) in Paisley, Scotland and in 1965 attended the Glasgow School of Art where he won the Bellahousten Award followed by six months in Italy. His work is held in major collections including The Scottish National Portrait Gallery in Edinburgh, the Museum of Modern Art, and the Kelvingrove Art Gallery and Museum in Glasgow. In 2004 he was made an associate of the Royal Scottish Academy and a full member in 2007. Byrne is an Honorary Fellow of the GSA, the RIAS, an Honorary Member of the RGI and has Honorary Doctorates from the universities of Paisley, Glasgow, Aberdeen and Strathclyde. In 2011 he was awarded an MBE.

As well as being an accomplished fine artist and a designer of theatre sets and album covers, Byrne is one of the most notable playwrights of his generation. In 1986 Byrne wrote the six-time BAFTA award-winning television series ‘Tutti Frutti’ starring Robbie Coltrane, Emma Thompson and Richard Wilson. This was followed by another series ‘Your Cheatin’ Heart’ with Tilda Swinton and countless other plays and films to the present day. He has designed record covers for Donovan,The Beatles, Gerry Rafferty and Billy Connolly. 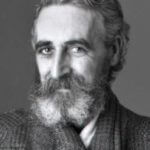