A Guide to Battery Holders

If you’re going to be designing circuits which rely on battery power, then it’s worth acquainting yourself with the range of different battery holders available, and their respective strengths and weaknesses. These range from the surface-mounted devices which might hold the coin cell to a computer motherboard, right up to the battery rack that might contain the double-As in your TV remote.

Without a battery, they don’t perform any function at all – but from a circuit design point of view, they can be thought of as performing the same function as the battery itself. In other words, a battery holder is a structure which adjoins the terminals of a battery with two traces on the circuit board.

In most cases, this means a plastic receptacle and a spring to fix the battery in place.

These are, in most cases, preferable to soldering the battery directly to the circuit board, since they allow for batteries to be replaced easily when they approach the end of their life. You’ll find them on every kind of device, from games console controllers to TV remotes to smoke alarms.

There are at least as many kinds of battery holder as there are kinds of battery. AAs and AAAs might be the most popular, but you’ll also find more obscure formats like N and AAAA batteries, which might make a better fit for certain devices. Generally, if the batteries are going to be replaced by the end-user, it makes sense to use a battery that can be easily sourced from the local convenience store.

Battery holders can be soldered straight onto the circuit board, or they can come with wires. The latter is
usually the more popular design choice, as it allows more freedom from a design perspective. The batteries in a television remote should be positioned where they can be easily accessed, without consideration of where the circuit board is.

When it comes to materials, moulded plastic represents the most economical option, but we might also use metal clips to hold the battery in place. In the case of rectangular 9V batteries, the battery is always fixed in place using snap terminals, whose design prevents the battery from being inserted the wrong way round. 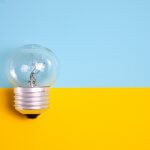