Providing the jobs and skills to support soaring population levels in the capital is crucial and the new funding is on top of a £236m ‘Growth Deal’ for London that was signed off with the Government last year. The London Enterprise Panel, which is chaired by the Mayor, is at the heart of those plans and they will now consider where best to allocate the new funds, which have the potential to support up to 2,400 new jobs.

The Mayor of London and Chairman of the London Enterprise Panel, Boris Johnson, said: “This extra cash will deliver real change and new opportunities in communities across the capital. We’ve got some fantastic proposals in the pipeline that will not only reinvigorate our town centres and colleges, but help people to learn, earn and fill thousands of new jobs.”

The Growth Deal for London runs for six years from 2015 to 2021. With the new funding in place the Deal has the potential to generate a total of £190m of new public and private investment in London and up to 8,000 jobs. Of the £58m announced today around £38m will be used to support colleges and further education in the capital. The remaining £20m will be used to support the creation of new jobs on the capital’s high streets. The Government plans to make another £5bn of funding available nationwide over the period of the Growth Deal and London will be bidding for a share.

Over 48 organisations have already bid for shares of the funding that was announced last year. The bids now being considered would help provide learning and skills across a variety of sectors including digital skills, science, engineering, health and child care. The London Enterprise Panel is due to announce which organisations will receive that funding later this year.

Deputy Chairman of the London Enterprise Panel, Harvey McGrath, said: “The release of capital funding for London’s further education estate is a huge step forward in ensuring providers are delivering the skills that London’s residents and businesses need. We are now working with providers, London’s boroughs and businesses to build a pipeline of projects for the next three years, and look forward to discussing further years of funding through future Growth Deal funding rounds.”

The Chairman of London Councils, Mayor Jules Pipe said: “Boroughs are hoping to use the £20million for London’s high streets to build on existing programmes which help traders adapt to the changing needs of shoppers and the local community.

“They are also looking forward to the opportunity to invest in more affordable space for start-ups, so they have somewhere to set up and grow their business.

“All in all, this funding will help keep the economic lifeblood of London flowing, which will benefit everyone, while the £38 million will help young Londoners better prepare for the labour market.” 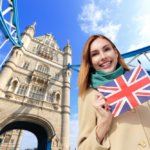