Changes to how VAT is taxed may mean digital stores like iTunes and Google will no longer be able to offer 99p music downloads.

New legislation, announced as part of the recent budget, requires online retailers to put VAT on media downloads based on a customer’s location.

Both Apple and Amazon have, until now been able to place lower VAT on downloads, due to their headquarters being based in Luxembourg. However the new scheme would instead be based on the location of the consumer, meaning buyers in the UK would pay 20% as opposed to Luxembourg’s 15%.

It is still not clear whether any increases would be passed onto consumers or taken on by publishers, however the end of the 99p download could have a huge impact on digital sales, which now account for over half of total sales figures in the UK.

The move comes as the Government attempts to get tougher on multinationals and forms part of ‘international efforts to develop tough, new global tax rules’, which forecasters suggest could generate an extra £300m in tax revenues during the first year.

A 2012 report revealed that the UK was losing out on more than £1.5bn in VAT every year on digital services, including music and video downloads. 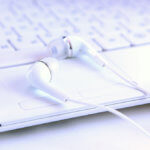