The Chancellor’s likely move not to give relief on the 40p tax rate in his Budget tomorrow has been branded as ‘short termist’ and slammed as a ‘disincentive to aspiration,’ by the boss of one of the world’s largest independent financial advisory organisations.

The comments from Nigel Green, deVere Group’s founder and chief executive, come a day before George Osborne’s penultimate budget before the next general election, in which he is expected to reduce the threshold for the 40p tax, thereby dragging more middle-class workers into the higher band.

Mr Green comments: “Increasing the tax burden on more and more middle class workers by pulling them into the top band will result in a significantly higher proportion of the population with a reduced ability to save for their futures.

“With many of today’s working population likely to spend 25 to 30 years in retirement, creating additional barriers to saving adequately for older age – which is what this measure does – is extremely short termist.

“There needs to be rewards, such as greater pension tax reliefs, not disincentives, for prudently putting money aside into pensions.

He continues: “Clearly, should the majority of the population be financially independent in older age this means not only will they and their families be able to enjoy the retirement they desire with a higher disposable income, which will boost the economy, but they are likely to be less dependent on the State.

“With a steadily ageing population, should the middle classes not be able to financially support themselves, the State’s already burgeoning welfare bill will skyrocket due to increasing medical and care costs.” 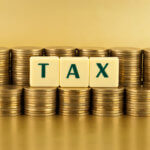