40% of Landlords Relying on Property

A survey of independent landlords has shown over 40 per cent are putting their trust wholly in property as their means for pension provisions.

The survey of 879 property investors shows 42.4 per cent, with a further 49 percent using it as a major part of their income for their later years.

The findings by the Property Investors Network (PIN), comes less than a fortnight after the Financial Conduct Authority said millions of pensioners are getting a poor deal from the annuity market.

“We have a situation now where there is an endemic loss of faith amongst traditional financial institutions, and the public believe that good old bricks and mortar remain the best way forward,” said Simon Zutshi, founder of PIN.

Mr Zutshi, whose organisation hosts 41 property networking meetings each month across the UK, said the consensus amongst those involved in property investment is that it should be allowed the tax benefits given to other types of pension provision.

“The tales we’ve heard in recent years of highly paid bankers being utterly reckless with the futures of many, plus other tales of woe by those looking after our money, shows that the public should be entrusted with more control over their futures and Self-Invested Personal Pensions (SIPP) and should allow residential property as part of a solid portfolio.”

The FCA said in its recent report that millions of pensioners were getting a raw deal due to poor annuities, with the regulator also highly critical of price comparison websites used by some people to buy an annuity, saying that every one of the 13 sites it looked at was guilty of poor practices.

An annuity provides a regular income from the pot of money that a pension plan holder has accumulated during their working life. At retirement, an estimated 60% of people simply take the deal offered by their pension provider, even though they are entitled to shop around and make use of the so-called open market option.

“State pensions are on the decline and private pensions are under invested in,” added Mr Zutshi. “Yet the performance of property historically provides enough evidence to provide a compelling argument as a means for pension provision. We hope these findings will add to the debate.” 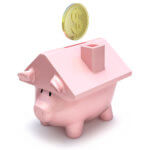