It will mark the seventh consecutive year of growth for RIAs, according to industry statistics. Between 2007 and 2013, RIAs have increased their assets under management by 82 percent, according to the independent research firm, Aite Group LLC. As one of the fastest growing RIAs in the country, The Mather Group exemplifies this trend. Launched in 2011, after breaking away from Morgan Stanley, The Mather Group has seen their assets under management quadruple to over $700 million while their staff has doubled.

“Our growth is driven by honest and genuine conversations,” says Stewart Mather, CFP, CIMA, the head of the firm. “People want to work with a fiduciary firm that is 100 percent accountable. Our only form of compensation is a transparent fee for our advice; there are no commissions and no conflicts of interest.”

Fee-only independent advisories such as The Mather Group are held to the highest fiduciary standard by law, requiring that they always offer guidance and make recommendations that are in the best interest of their clients. This isn’t true for broker-dealers who are paid commissions for selling investment products, resulting in potential conflicts of interest.

“The financial crisis really opened peoples’ eyes to the conflicts of interest Wall Street brokerage houses and banks present,” said Mather. The problem is so epidemic that Congress introduced The Dodd-Frank Wall Street Reform and Consumer Protection Act in 2010 in part to address this issue. Unfortunately, nothing yet has been done to hold Wall Street advisors to a uniform fiduciary standard which would go far to help protect investors.

Fortunately, the millions of baby boomers preparing for retirement have gotten wiser. The RIA channel is the fastest growing, set to control 28 percent of the wealth management market by 2018 with $2.4 trillion in assets, according to research firm Cerulli Associates. “Investors are definitely getting wiser,” says Mather, “This is especially true for high net-worth investors, who are scouting the best options to not only preserve but expand their wealth as they prepare to retire.”

Mather predicts the growth of the RIA channel will continue to accelerate over the next five years as awareness continues to grow among consumers about the importance of the fiduciary standard. He also anticipates that lawmakers in Washington will continue to drag their feet when it comes to applying that same standard to broker-dealers.

“There’s simply too much lobbying against it by the big banks and brokerage houses,” Mather notes. “Ultimately, the lack of action confuses and hurts investors.” 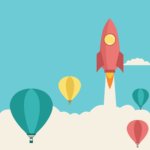